There are two types of reports:

Graphical reports are based on live data, ie. the current state.

[ day, week, month, year ] This report allows you to get insight into the number of active subscribers. Use the checkboxes at the top of the graph to hide or display subscribers based on their status: active, idle or pending.

[ day, week, month, year ] Bandwidth reports are per interface and provide an overview of download and upload over that interface from the HSMX perspective (upload egresses the HSMX, download is inbound traffic towards the HSMX). The data is in kilobyte per seconds.

[ day, week, month, year ] The number of OSI layer 3 connections (TCP) going through the HSMX towards the internet. Can give a good indication of the amount of subscribers or whether network abusive protocols such as Bittorrent are in use (these protocols tend to open a lot of connections).

[ day, week ] An overview of the CPU load aggregrated per minute. Use this data to determine whether your system is overloaded or cannot handle the amount of subscribers. Typically the load should scale with your active subscriber counts.

[ day, week ] filters shows the amount of hits on the redirection daemon/pre-portal per minute (aggregrated in longer period reports). It scales quite linearly with your connected devices and can give a indication of the underlying network performance (if there are a lot of connected subscribers yet little redirections/second it could be because requests are lost in transit).

[ day, week ] The memory usage graph shows the HSMX memory consumption over time. Memory can have four different states: free, cached, buffer or used. Free memory is not actively used by the operating system, typically HSMX will try to use allocate all memory. Used memory is actively being used by the system, cached memory differs in the sense it is used by the (eg.) database and content filter to cache results in memory but the cache can be released immediately to other processes for consumption (used). Buffers are used to cache read and write operations towards the system storage, it can be an indication of a slow storage subsystem. This can be the case especially on larger sites where subscriber logging is enabled Lawful interception logs, url content filter, …

[ day, week ] The DHCP lease count over time, the graph depicts the configured IP ranges but ignores static DHCP entries that are configured within that range.

[ day, week ] Displays the number of occupied and vacant rooms over a certain time period. Can be useful to detect PMS connectivity anomalies in the past.

[ day, week, month, year ] Revenue is based on the amount of sold packages/packets. Generated vouchers will be instantly counted on that day.

[ day, week, month, year ] Billing plans can be categorized in payment types (Voucher, PMS, Credit card or Free), this graphical report displays the amount of packets sold on a certain day over a certain period. A voucher counts for the day it was generated on.

[ day, week, month, year ] This report displays the number of authentications (or started sessions) per device category type over a certain time period.

[ day, week, month, year ] The number of threads instantiated to answer every incoming connection. This will be at most the number configured in System > Performance > webserver > Max server processes.

[ day, week, month ] Displays a graphical representation of the amount of DNS queries for the top 20 most demanded domain names. A table is provided with all the queries and their respective count.

To create one you need to Click on tools → Reports and select the one you want. Then you click on time period and on create. 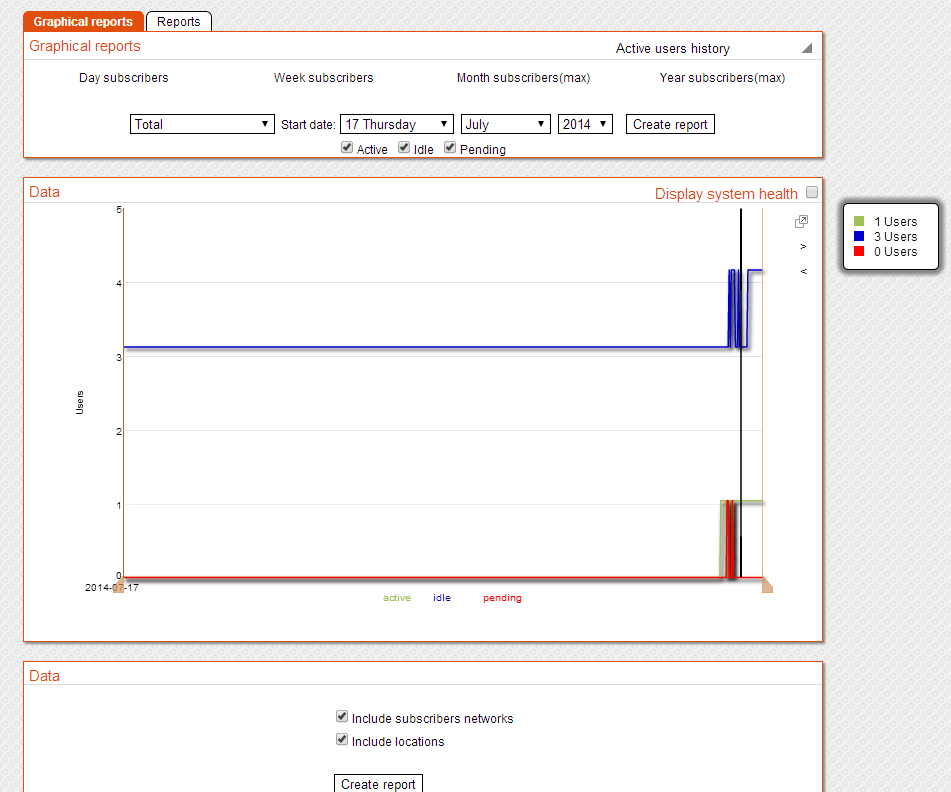 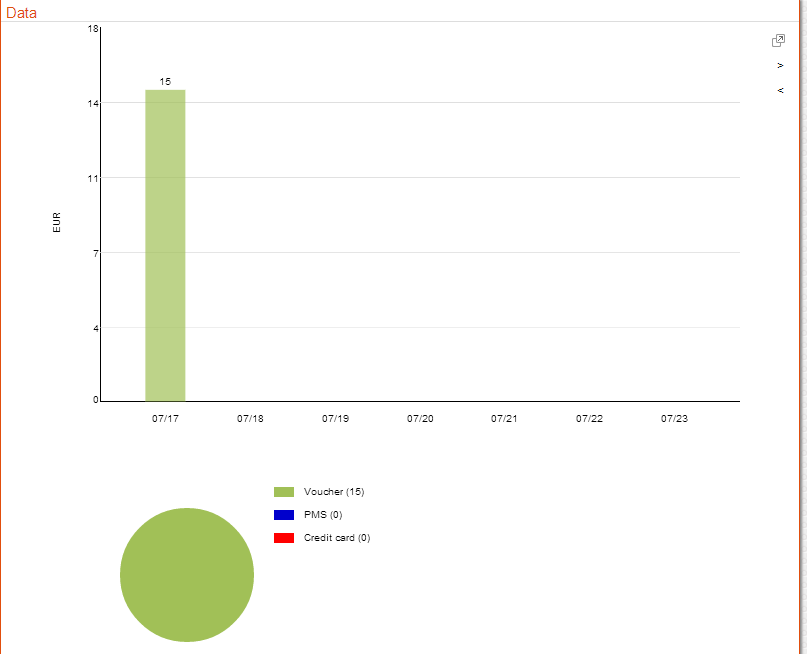 It is possible to generate Microsoft Excel files (.xls) using the report tab. There are three types of reports available: subscribers, bandwidth utilization and revenue. There are many options to generate a report with certain data.

Except where otherwise noted, content on this wiki is licensed under the following license: CC Attribution-Share Alike 3.0 Unported